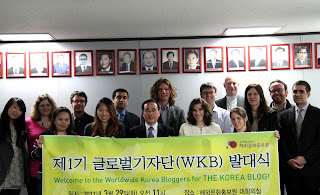 Last week was my much anticipated 'official business trip' to Seoul to meet the other Worldwide Korea Bloggers (that's what they've coined us) at Cheung Wa Dae. It started out in a board room at the KOCIS (Korean Culture and Information Services) Head Office.  We did a meet and greet and talked about some of the initiatives for the blog and received really beautiful individual certificates congratulating us for our involvement in the program. 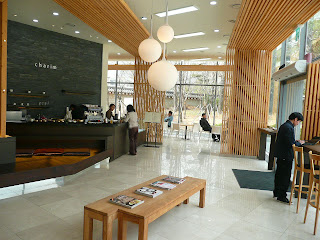 From the office building we had a 5 minute walk to the Cheung Wa Dae Sarangchae Museum. We went to Charim, the museum's beautiful restaurant first, where we were treated to a delicious Korean lunch of bibimbop, or bulgogi. It was really nice to meet some of the other bloggers and find out what everyone does in Korea. Most of the foreigners I know are teachers but we had people from so many different walks of life. There was an actor/translator, student, writer/editor and an Italian in the Korean wine business, just to name a few. 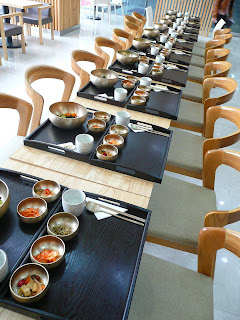 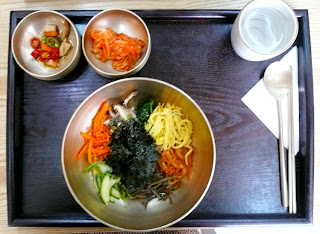 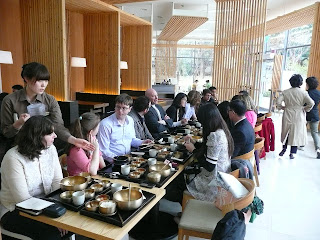 After lunch we were left to peruse the museum. Sarangchae, located just a quick walk from the Blue House, is a political museum. It has exhibits about Seoul, the government, as well as a mock up of the 2010 G-20 meeting room in Seoul and some very Korean-esque touristy things to do. This last part, may have been the highlight of my day. There was a  blue screen photo op to take a pic with President Lee Myeong Bak and the First Lady Kim Yoon-ok, amazing! Politics have never really caught my attention but I couldn't pass up an opportunity like this one. 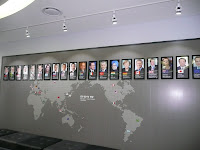 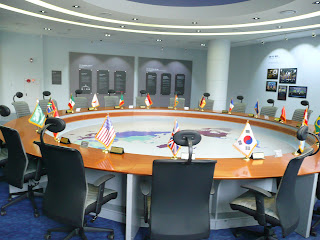 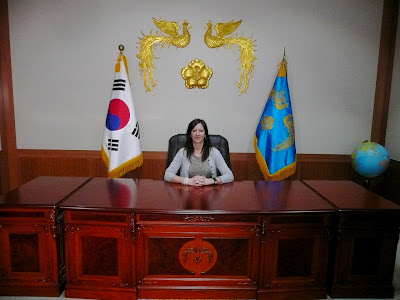 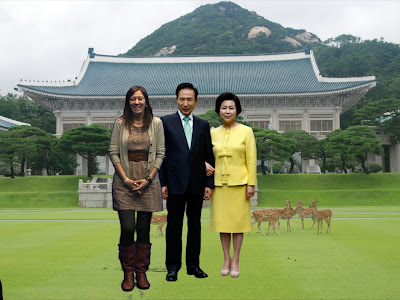 (this may be my favorite picture in Korea thus far)
Next stop, Cheung Wa Dae. The process of getting into the grounds was a little painful and time consuming but I kept reminding myself of where I was going and then all the security checks and wait time made sense.  Cheung Wa Dae refers to the actual Blue House, but the grounds consist of many out buildings and lots of green space. For obvious reason we were only taken to certain areas and not permitted in any of the buildings. A lot of information was conveyed in Korean so I missed it, but just being there was a great opportunity. There were important security looking men, all dressed in black suits, sunglasses and ear pieces which just added to the atmosphere. As for photos, I included a few, but most places we were told to keep the cameras lenses capped. 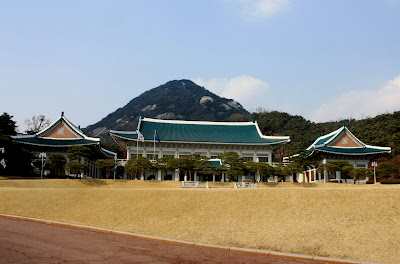 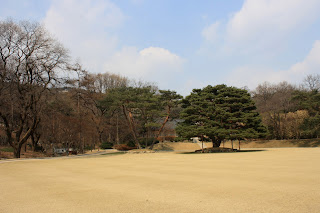 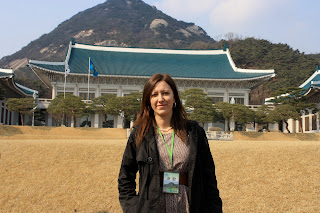 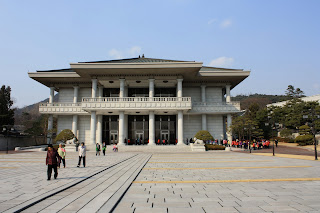 Our tour of Cheung Wa Dae was the end of our day. We were all given thoughtful and unexpected presents just for attending and being part of the blog. We received matching mugs of the Blue House, a Korean cd, a book on Korea, information on Kocis, and a mother of pearl business card holder with a matching USB drive. Thanks KOCIS! 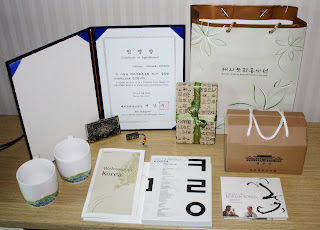 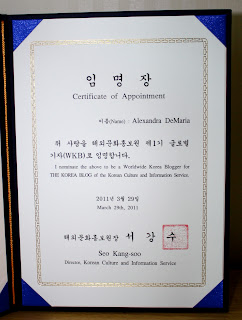 Overall, a great trip to Seoul. Nice to put a face to some of the names of the Worldwide Korea Bloggers I have been reading about and even nicer for the organizers to host such a day to welcome us. 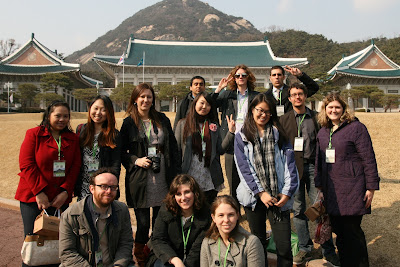 (photo courtesy of Paul Matthews)
Posted by Alexandra DeMaria at 5:16 AM

Wow ,very nice write up and beautiful pictures. Even this gifts are nice. Keep the blogs coming. - Fellow WKB - Hykyung

a bit late here but WAYYYYYY COOOL!! I would have loved to do something like this in Korea! that is super super excellent...well done lady xxxx 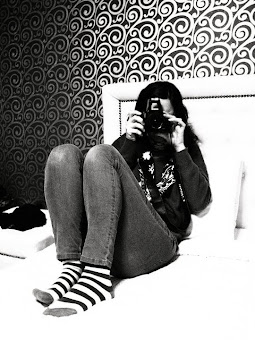